The Carnival of Perversion


On TV and on our streets - a time to act 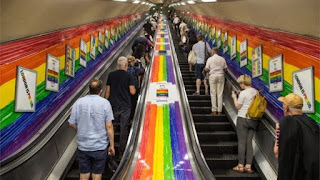 I still get exasperated by the continued infiltration of the "Gay" agenda into every aspect of our modern "civilisation", and I gasp an incredulous little laugh in amazement at every gain the LGBTQ lobby make. As faithful Christians, - those with traditional family values, who believe in honesty, decency and natural order -  retreat from the public sphere, I shake my head, as we are the bad guys now, we are the ones labelled evil, right wing, homophobic, queer bashers, even though we are just Christians and only want to save souls!


One day we will all answer to the Lord our God 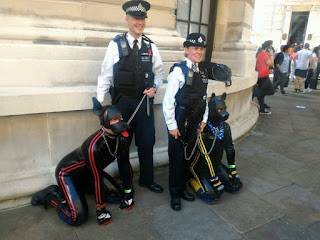 However, I can't help laughing when I hear of another weird gender bending innovation. I'm one of those who take it seriously, because (a weak and poor Christian though I am) I take my faith seriously and if Sacred Scripture and the teachings of the Church call these acts grave sins then what am I do? Furthermore I believe these sins if unconfessed before death will lead to eternal damnation, therefore when I die and come before the Lord, He will ask me what did I do to try and save these souls, was I lacking in love and charity for these poor sinners - did I sacrifice enough for them.


Prayer Crusaders called to action, letters to your council, Your MP and to the BBC

Our Birmingham prayer crusader under the patronage of St. Bernadette has asked us what can we do as there is a Birmingham Pride as well. She wants us to write letters of polite protest. So please write a polite letter to your local council leader/mayor if there is a "Gay pride parade" in your town saying that you do object to such public displays in your town. Likewise to your MP. And last but not least to the BBC because of their Gay Britannia season. So, Prayer Crusaders, you are called to action and to prayer to help save your city and your country.


Perhaps even worse than this is the LGBTQ lobby targeting of the young. This, more than anything, is the most evil thing they are doing. There are gender neutral schools, where calling boys, boys and girls, girls is now against the rules; boys can now wear dresses to school and many secondary schools have LGBTQ clubs (in my day it was chess or cricket). Catholic friends of mine are reporting that among other parents same sex dating among teenagers is becoming normal and it's getting common to see teenage boys holding hands, likewise girls. The poor creatures are trying out same sex, sex just to see if they are homosexual, so brainwashed by the media have they become. Things are getting so bad that it's almost time to pray the prayer of Abraham. As he did for Sodom and Gomorrah (Genesis 18), so should we for London and Birmingham and most of the cities of the Western world. 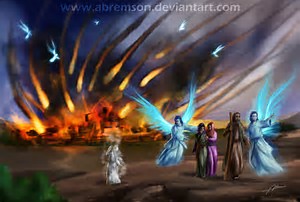 Posted by Clear Vision Catholics at 07:06