The BBC and the NHS Part 2 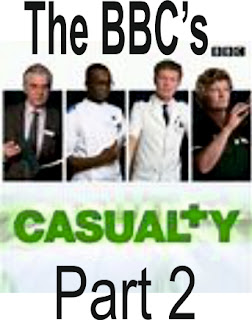 Of course, with us the contraceptive mentality is combined with the moral and psychological effects of socialism. Socialism removes the ability to exercise choice and responsibility; as I have already said, it prevents psychological growth to adult maturity. It creates dependency, which in turn creates a sense of fear as people are made incapable of self-sufficiency and, like fretful children, demand protection from the vicissitudes of life. We have become the society that chose security over liberty and lost both. How often do our media echo with the cry for something to be done, as they call for more laws, more wars, more Government action, more gun control, more cameras, more taxes, more spending, more anything except more Christian freedom, more truth, more virtue or more self-restraint? Socialised medicine in particular created the state of dependency that brought us to our current condition as the country with the most CCTV cameras, where thousands of telecommunications interception warrants are issued every week, where every public authority can hire detectives and enlist paid informants (including children) or use advanced technology to enforce any regulation, and where an unarmed public lives in fear of terrorism and crime. Try looking up “garbage gestapo” or “town hall stasi” for news stories to illustrate this.

Beyond the political level this dependency “makes it much more difficult for” man “to recognise his dignity as a person” (Centesimus Annus 13) because the loss of responsibility destroys the sense of moral agency. Under socialism, people believe the materialistic claims inherent in socialism because they cease to be aware of their own capacity to exercise free will as 'autonomous subjects of moral decisions'. From this it follows naturally that conscience and the sense of sin are diminished as people feel themselves to be moved inexorably by circumstances beyond their control. Yet conscience, which is “strictly related to human freedom” is “the most secret core and sanctuary of a man” and “constitutes the basis of man's interior dignity and, at the same time, of his relationship to God” (Vatican II, quoted Reconciliatio et Poenitentia 18); and as that relationship constitutes our humanity, we are truly dehumanised by this diminution in the sense of sin.

The socialist institutions, with the NHS foremost among them, are structures of sin, meaning that they institutionalise injustice in such a way that no individual feels responsible for the way in which the system works, and compulsory complicity ceases to have moral meaning for anybody. The USCCB has rightly been criticised for having suggested that there should be legally mandated universal health care; but, faced with the reality of Obamacare, the American bishops have fulfilled their teaching office in campaigning vigorously against forcing anybody to fund contraception, abortion or sex-change operations – when did you last hear a British campaigner mention compulsory complicity? When the USCCB says that people and businesses should not be forced against their consciences to fund immoral procedures, they remind us that to fund such procedures as contraception, abortion, sterilisation and gender reassignment should be against our consciences. We should feel morally violated by being made to pay for these offences against God and mankind, we should feel righteous outrage against the bi-partisan socialist regime that forces us to do so; and we must pray to overcome the complacency and hardness of heart that allows us to tolerate the perpetration of these horrors in our midst, in our name, and with our unthinking collusion. Omnípotens et mitíssime Deus, qui sitiénti pópulo fontem vivéntis aquae de petra produxísti: educ de cordis nostri durítia lácrimas compunctiónis; ut peccáta nostra plángere valeámus, remissionémque eórum, te miseránte, mereámur accípere.  Pius XI noted that “the sin of the century is the loss of the sense of sin”, and St. John Paul II wrote on the fact that all are affected by any sin at all; how much more true is that when we are actually made party to the offence andare  blinded to its horror? “With greater or lesser violence, with greater or lesser harm, every sin has repercussions on the entire ecclesial body and the whole human family” (Reconciliatio et Poenitentia 16).

A final consideration must be the relationship between the NHS and migration. Whether for economic or socio-political reasons many individuals and families find migration to be an unfortunate necessity; but migration is never desirable, it always means broken families and broken communities at the point of origin and may well mean significant social disruption at the destination. To solicit or encourage unnecessary migration is, therefore, always and invariably an act of injustice. The welfare state was always intended to be funded, at least in part, by migrant workers, initially from the colonies. The system is a pyramid (or Ponzi) scheme, which is sustainable only when a sizeable proportion of those paying into the scheme receives nothing from it; it was always hoped that that proportion would be supplied by migrants who would return home before they made significant claims, but those hopes were thwarted by the migrants' having to immigrate permanently as they were unable to earn enough here to go back home and live in luxury as the Attlee administration promised the Windrush generation would be possible. Beyond that structural feature of the welfare state, the NHS has always relied on immigrant labour. This amounts to asking less wealthy and less developed nations to subsidise health care in this country, and to live with the social costs of emigration. The greatest resource of a nation, and the source of its wealth is its population and their talents; to lure educated workers here is, therefore, an act of injustice against their countries of origin. That is even more true when countries shape their national economies with a view to exporting people and reaping remittance income from them instead of developing their domestic resources.

What can we do? To start with, we should register our objection to socialised medicine every time the media say that 'everybody loves the NHS'; we should tell newly elected or re-elected Members of Parliament that we want change; and, if (having paid our taxes at the confiscatory rates the system demands) our means allow, we should disengage from the system. Pro-life and pro-family organisations should demand transition to a health care delivery model that fosters integral human development by promoting personal, family and social responsibility, and has due regard to the integrity of family structures – it means abolition of the current system, but will not frighten electoral candidates and will enable them to be held to account if they declare themselves to be pro-life. Finally, never forget to remind everybody you know that what they see on TV is written by people with personal and political agendas to push.