After the appalling revelations about Mr Saville and others associated with paedophilia and sexual relations with minors another bombshell has come from the BBC.  Are they attempting to homo-sexualise children by promoting the homosexual way of life on children’s TV? I suppose if it was not the BBC one could say that any such suggestion on any other media would be one to encourage and groom children for homosexually inclined paedophiles. 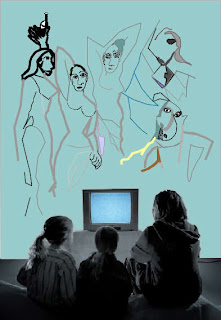 In articles both in the Daily Telegraph 13th. Decemberand The Daily Mail 14th. December stated that a panel of experts at the BBC believe that there should be more homosexual and transgender people on Children’s TV to ‘validate’ that way of life. Or are they really trying to promote a ‘Gay’ life-style among children? Personally, and many parents would agree with me, that the sexualisation of children via children’s TV programmes is possibly one of the sickest things one has ever heard. Who made up this panel?  Were they fully aware of the implications of their proposals or to give them the benefit of the doubt were they so hypnotised with media gabble they don’t realise the full horror of their proposals.

I can only surmise that at least some of them were anxious to evangelise the homosexual way of life. I suppose if you have to perform unhygienic and disgusting physical acts every day, you have to be assured that more of the future generations will be joining you. Therefore, you will have a little less self –hatred, because the more that joins your perversion the more normal you will feel. It is a very strong element within the homosexual community to gain recruits. At present the media, members of the government and celebrities are doing everything in their power to encourage the homosexual way of life. What they are all trying to do is to make homosexual lifestyle appear perfectly normal and in some way superior to married heterosexual relations. This of course can never be right however much the establishment promote it. On the other hand we must accept that some people become homosexual possibly through media exposure.  Whilst we must not encourage it we need to show compassion. However, we can never support in any manner the promotion of the homosexuality among adults and certainly not children.

Most parents, myself including, wish to protect children’s innocent state. It seems outrageous and totally irresponsible that a public broadcaster such as the BBC wish no longer to protect and preserve children from early sexualisation.

An organisation such as the BBC has an enormous duty of care towards young minds and to try and pervert them into unnatural sexualisation is actually beyond belief.

By RIGBY
Posted by Clear Vision Catholics at 02:25