Of Arts and the Animal - Part One 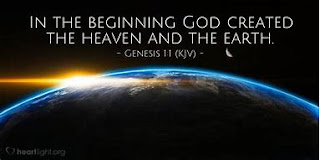 Aesthetics is the science of beauty and the arts, which are generally regarded as utterly trivial matters. If people have anything at all to say on the subject it is usually to deny the importance, or even the possibility, of making aesthetic judgements: “beauty is in the eye of the beholder”, “to each his own”. I would, however, contend that a theological appreciation of the nature of art allows us to grasp that the arts are at the centre of the human vocation; and that a philosophical understanding of the purpose of art enables us to see that aesthetic judgements are not merely possible but spiritually and intellectually essential. The television question must be viewed in this light.

To begin at the beginning: Animals and the environment are media staples and subjects of popular discussion, and they have already made an appearance in the CUT Newsletter, but further examination is necessary for people to understand that they are in many ways key to our concerns.

What is a creature? It is that which God has created, an expression of the divine creativity brought into being by the divine will; it is a word of God spoken into the cosmos of His creation to be received by the audience He creates within the cosmic whole, by which I mean us. It is a communication, a self-revelation of the divine by which God makes Himself known to us, and not only to us, but in us and through us. It is a semantic unit irreducibly complex in its totality, whatever strands of meaning might be discerned within it; the rabbit is more than the sum of his ears and whiskers.

Whilst God certainly addresses us through His creation, He does not do so in a simple manner, which is to say that He does not, like a Laputan professor, present us with things for want of any spoken or written language with which to represent them. Rather, in the act of the creation, of communication or expression, the created order in which we are born is drawn into the circumincessionary heart of the Most Blessed Trinity, into the intimacy of the Godhead: it is not that a creature is given to us instead of the word that might represent it, but that it itself is the word by which God represents that which is of Himself. The creature we see makes present to us in the concrete that which in the ideal is found perfect in the ever-fruitful goodness of God. It is a word spoken into, and contained within, the Word in which all things are created in the reflection of the Father in the Son (Col. 1, 16:19) and expressed into the created order through the power of the will to action, the desire, the love that, proceeding from the Father through the Son, is the Holy Ghost. It makes manifest that the absolute good reflected in the absolute good is not self-contained in goodness, that God is not limited by His own completeness-in Himself, but is absolute in fruitfulness, for to be good is to wish to communicate goodness. The divine simplicity contains in itself all complexities. The creature does not represent God merely in a generic sense, the richness of the divine perfection is such that it is not exhausted although every creature ever created communicates unique aspects of the divine essence in the very haeccitas that constitutes it an individual creature distinct from all others. This is true of you and me and the tree on the corner; whilst, unlike her Calcutta cousin, the Lord’s pavilion cat makes no claim to be divine, she is shot through with divinity in every aspect of her being and dwells ever in the divine presence, sharing with the redeemed in the ‘liberty of the glory of the children of God’ (Rom VIII). Furthermore, she and the Mountains of Mourne, as words of God entirely contained within the Eternal Word, find their place at the heart of our faith as we kneel before the Eucharistic presence of the Blessed Sacrament.

Posted by Clear Vision Catholics at 10:02