The Deceitful behaviour of the BBC exposed 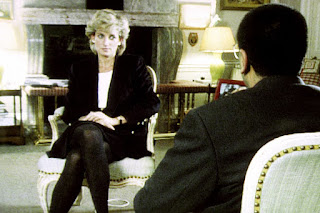 As Catholics we know all about the deceitful behaviour of the BBC and its reporters. The Corporation just does not want a morally conservative organisation like the Catholic Church to thrive. We have been down this route many times when the BBC has employed its malicious practice against us. The BBC knows its power, for when they do a hit job on the Catholic Church it’s the ordinary Catholic in the pews or should I say work place and in society that suffers by having to answer to his workmates for what they have seen on the Telly the night before, and when the BBC does something on the Church its never complimentary. Take "Sex and the Holy City" and “Can Condoms Kill?" in the early 2000s. This blamed the African AIDS crisis on Church teaching; the fact is that the programmes were being run by homosexuals who really wanted to change the Church’s teaching on contraception so therefore sex could be divorced from procreation was the real reason.

Now a six-month independent inquiry conducted by Lord Dyson found that reporter Martin Bashir had used fraudulent means to get an interview with Princess Diana and the BBC did not scrutinise what he was doing. In fact when they found that Bashir was lying they covered it all up. Bashir and the BBC's graphics department had forged bank statements in order to get access to what the BBC hoped at the time would be a devastating interview with Princess Diana; however, was the real aim of the leftish BBC the Royal Family? These false statements showed that security services were paying senior courtiers to inform on Diana. They were shown to her brother Earl Spencer who convinced Diana to do the interview.

It’s what the BBC do!

It’s what the BBC do: destroy everything that is good and natural, the family, the Church, the Royal family, and ultimately this will and is leading to the deconstruction of civil society and replacing it with a Woke dysfunctional dystopia where civilisation is turned on its head.

Posted by Clear Vision Catholics at 08:41