The feast of St Michael the Archangel 2016


TO STOP THE ISLAMIFICATION OF THE BBC


I was abroad recently and in my hotel I tuned in the TV to BBC News. Partly to see what none news and bias reporting I could find. I wasn't let down within a few minutes a BBC "journalist" was attacking the German politician who said that Europe should guard its Christian heritage. The expert browbeating and harassing of anything or anyone Christian by the BBC was all to evident. They not only have a Muslim as head of religious broadcasting calling for an end to Christian dominance in their religious output, but will not condemn ethnic cleansing of Christians in the Middle East.


Islam is not peaceful.


Islam is not tolerant.


So please on the feast of St Michal the Archangel call upon him to protect Christians in the media.


Tonight and for the next year please say the Prayer Crusader's prayer and a Rosary to stop the Islamification of the BBC. 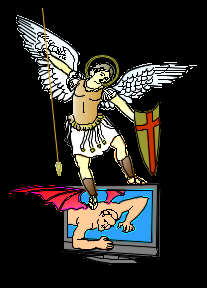 Posted by Clear Vision Catholics at 06:48