Evolution theory and the media - 1 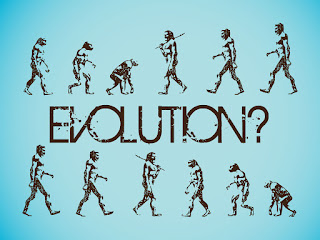 Why does anybody believe in the evolution myth? Yes, I do mean myth, and a rather implausible myth it is too. There are two reasons: a little intellectual sleight-of-hand – too quick to spot, just like all the best conjuring tricks – and a media environment in which the evolution story goes unchallenged, its flaws go unreported, and its opponents are given (to use the phrase of the moment) no platform.

The trick to which I refer is the use of the word 'evolution' to mean two precisely opposite processes, one of which really does happen and one which does not and cannot. Scientists use the separate terms micro-evolution and macro-evolution. The former is the evolution that really does happen in observable ways when the gene pool is narrowed deliberately, by chance or in response to environmental factors, to select certain characteristics; this results in the development of different species of the same basic kind of animal, and of breeds or sub-species. The latter, on the other hand, is what people generally mean when they say “evolution”; i.e. the emergence of one kind of animal from another when the gene pool magically increases itself, creating the substance from which the new life-form emerges not in the way wild canines or felines evolve into domestic dogs and cats, but in the way all creatures are alleged to have evolved from something very like pond slime.  All the scientific evidence discovered over the last eleven decades, beginning with the discovery of chromosomes, has indicated that macro-evolution is impossible – the chromosome means that if it were to happen, it would happen in a numerical fashion with creatures with one pair evolving into others with two and so on in accordance with some regular pattern (adding one, doubling and the Fibonacci sequence are common natural patterns)  rather than between creatures that have no similarities at the chromosomal level, however similar they might appear as babies. Species identity derives solely from the number of chromosomes, which cannot be imagined to jump up and down at random as creatures evolve from one thing into something else. As for appearances, if we went by looks we would have to say that the duck evolved into the otter or, perhaps, vice versa, because the platypus is very clearly halfway between the two.

The media environment is well known to us all. While it tolerates some aspects of religious practice, it does not tolerate serious, all-pervading faith as the basis on which we build and organise our lives.  The intellectual dishonesty I have described originates with atheistic scientists, but it is propagated outside the scientific establishment by unremitting disinformation in media that mock creationists and lionise evolutionists. In countries where creationists can broadcast and publish freely public opinion favours the truly logical and scientific option in preference to a myth that contradicts that simplest of Shakespearean dicta: Nothing will come of nothing. Even the myths of supposedly primitive peoples make more sense – Maoris have seen emus laying eggs, so to say that a great emu laid a cosmic egg is more reasonable than to imagine a cosmos popping into existence of its own accord. From such delusions, Good Lord, deliver us all. Amen. updated 5th October 2016