US Supreme Court under pressure from left

As one sided media incite violence

It shocked me, I must admit, and I am rarely shocked these days, while listening to Classic FM their news came on and a report on the American Supreme Court’s leaked ruling banning abortion in the States, or rather allowing individual States to decide whether to ban abortion in their State. The news report's bias in favour of abortion was so explicit without giving the other point of view, the pro-life side, and this from a channel that has Aled Jones and Alan Titchmarsh as DJs, two of the most homely people in broadcasting. So nowhere is safe from Woke propaganda. I emailed Classic FM (or rather Global News who do the news for Classic FM). And stated that:

I feel I simply must complain about the bias in your news reporting about the US supreme court making abortion illegal. You simply did not look at the pro-life side only about the much smaller protests in favour of abortion. Level up your reporting on this and other issues please. 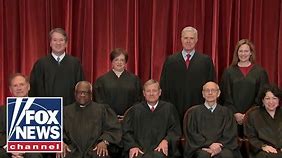 The Supreme Court judges have been under severe pressure after the leaked draft in May. The leak was of course to build up pro-abortion steam in the media and in politics. It has worked, with the justices even having their addresses leaked to the left wing media who immediately published them. There ensued all the usual aggression from the pro-abortion left with marches along the road where one of the judges, Bret Kavanaugh, lives, and threats on his life. The majority left wing Democratic Party has voted to refuse extra security at these judges' homes. What a surprise, for if one of the Conservatives judges, who are nearly all Catholics, were to be killed, would Biden appoint another Conservative to replace the one killed? Hardly! It would suit their purpose to have one of these conservative judges got rid of.

Posted by Clear Vision Catholics at 06:12