The European Court of Human Rights judge who dismissed the case of the pro-life Pole now being euthanized was a member of George Soros's pro-euthanasia Open Society. 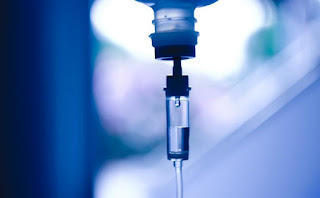 WEST MIDLANDS, England, January 16, 2021 (LifeSiteNews) — Time is running out for a comatose Polish Catholic in England whose birth family has failed to convince the European Court of Human Rights to save his life. The judge who dismissed the case was a former member of George Soros’s pro-euthanasia Open Society.

The Polish patient, known to the English-speaking public only as “RS” or “P,” thanks to a court order protecting his identity, was disconnected from hydration and nutrition on Thursday, January 14, 2021 after a temporary stay on the December 15, 2020 decision to remove all life-support from the disabled man expired. This followed the ECHR’s second rejection of an application by his birth family to protect his right to life.

Posted by Clear Vision Catholics at 01:05