Hugh Hefner a destroyer of the West 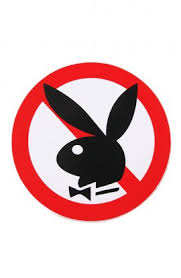 Goodbye, Mr. Hefner.  Our world is the world you made; the media landscape we know today was really your creation.  You opened a world of porn to everyone; now pornography has been completely normalised and is 'free at the point of use' or available on subscription or ready to buy – all options open.  Not just explicit porn, in pornographic publications like your own, but titillating images across the media – the entire landscape has been pornified and bunnified.  TV presenters, newsreaders and weathergirls go on screen in what would be bunny costumes if they only had their ears on – sleeveless, low-cut or skin-tight and short in the skirt.  Newspapers too, even the supposedly serious ones, like to lead with a pretty girl in as little as possible; who cares who she is – politician, actress, spy, criminal, murder victim, estate agent of the year – what are her vital statistics?  Your influence, of course, goes beyond the media.  Wherever there were settled social norms and mores, you fought to bring them down, hence your support for 'civil rights' against everything anyone had ever known as normal.  Then there was the womens' movement, you made it what it is today.  How did you do it? 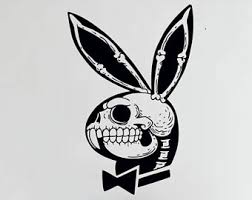 They have been convinced that abortion, contraception, and being 'a slut' are good for women and things to celebrate on scantily-clad slut walks, while marriage and motherhood represent patriarchal oppression.  I would say 'You couldn't make it up', but you could and did.  In popular culture, morality and decency are nothing more than the butt of jokes, your work too.  How could conservatism withstand the assault?  The libertarianism you preferred supplanted it in so many places.  If you were not quite the Lord of this world, you were its Prince of the permissive, the Jefe of hedonism who handed it over to the rule of vice and sin.  Farewell, Heff Old Sport, your legacy is so strong who knows how long it will be before we feel you have really gone?