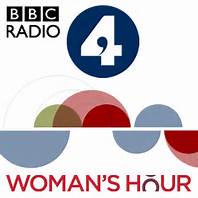 On 9th May, Woman's Hour included a 10-minute discussion about the availability of abortion in Poland, and in particular about attempts to make it more readily available by distributing the abortion pill, RU 486, via a drone which was launched in Germany and crossed the border into Polish air space. This action was taken by “Women on Waves”, an organisation which has previously provided abortions to women from countries where abortion is legally restricted, by taking the women to a boat in international waters and performing the abortions there. A “Women on Waves” representative was one of the two interviewees taking part in the Woman's Hour discussion; the other was a “pro-choice” (i.e. pro-abortion) woman from Poland.


Link to the discussion: http://www.bbc.co.uk/programmes/b079m0gk


RU 486 is not the “morning after pill” which prevents a pregnancy from being established, but a succession of two doses of hormonal medication designed to be taken during the early stages of pregnancy. The first dose disrupts the nourishment provided by the mother's body to the foetus, so that the foetus dies. The second dose, taken a few days later, causes birth-type contractions of the uterus so that the dead foetus is expelled. This is called a “medical abortion” and is intended to be used only in the early stages of pregnancy, the “first trimester”, from conception to about 3 months (12 weeks). In later stages of pregnancy, abortion is carried out by surgery (“surgical abortion”).


Listening to this programme (not as it was broadcast, but a few days later) I became concerned about three issues.


One of the interviewees stated that a “medical abortion” is no more dangerous than a spontaneous miscarriage, at least in women who are 4 to 10 weeks pregnant. This assertion was not challenged by the interviewer.


However, the Journal of Clinical and Diagnostic Research (January 2015) has reported on a study carried out over 12 months between 2013 and 2014 on a group of women in India who had self-medicated with RU 486 (available to them over the counter) without medical oversight. Nearly three-quarters of the group had taken the pill before 63 days (9 weeks) of pregnancy; nevertheless, there was a high proportion of complications, and more than 50% of the group had required post-treatment surgery, in some cases including treatment for sepsis, and in some cases requiring blood transfusions. The researchers concluded that “unsupervised medical abortion can lead to increased maternal morbidity and mortality. Strict legislation is required to monitor and also restrict the sales of abortion pills over the counter”.


Wikipedia quotes a scholarly article “Diagnosis and management of miscarriage” from The Practitioner of May 2014, which states that most miscarriages will complete without additional interventions. So medical abortions clearly are far more dangerous than spontaneous miscarriages.


Secondly, social responsibility. There seemed to be implicit approval by the BBC's interviewer of the action of the “Women on Waves” in sending the drone into Poland, although this action apparently distributed potentially dangerous medication with no safeguards whatsoever. High doses of hormones in pill form were dropped randomly with no guarantee that they would not be picked up by children, or would not be used by women into the second or even third trimester of pregnancy, when complications would be more likely and more serious. Nor was there any attempt to warn women of possible adverse effects of using the medication. In the UK, medical abortion is provided only under the guidance of a doctor, and the abortion itself is medically supervised so that any complications can be immediately diagnosed and treated.  Does the BBC think that UK legislation is unnecessarily protective of women, I wonder?

Thirdly, bias. Two women were interviewed, both “pro-choice”, and their underlying assumptions were not challenged by the interviewer, still less by any pro-life interviewee who would surely not have been hard to find. The BBC's charter requires that programmes should demonstrate a balance between opposing points of view in contentious cases such as this one. What is the point of having a charter if its requirements are ignored? I have had occasion to write to the BBC before on “life” issues, specifically about its documentaries relating to assisted suicide, in which a similar bias was shown,  running completely counter to its charter.


By the Prayer Crusader under the patronage of St. Teresa of Avila