Viewers of the long-running ITV soap Emmerdale were subjected to uncharacteristically harrowing scenes last week. Thursday's programme portrayed a character name Faith Dingle, who had been diagnosed with terminal breast cancer, taking her own life. In previous episodes, Faith had shared her fears about what dying from a terminal illness involves. The impetus for this plot couldn't be clearer - it's an ill-veiled campaign pitch for "assisted dying".

CUT - As members of CUT know the soap operas have long been known for Social Engineering. This time "assisted dying" or rather suicide and euthanasia. One more reason to throw the TV out. To read more click on this link: The Critic 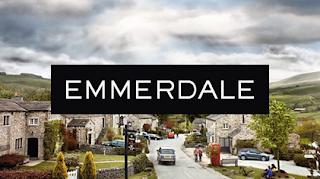 Posted by Clear Vision Catholics at 04:35