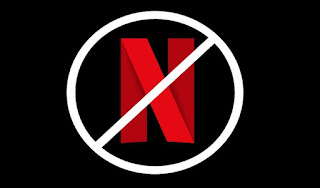 I’m sure you’ve heard all the recent uproar coming from the United States about a few states which have introduced pro-life legislation. Ohio, Kentucky, Mississippi, Alabama,Georgia and Louisiana have all made/are making legal attempts to protect the lives of their unborn citizens to a greater or lesser degree.
As you might imagine, Hollywood elites are not happy about this at all. Many large media corporations operate in Georgia due to their generous tax breaks and there has been much cant about a statewide boycott because of their new prolife law - the so-called heartbeat Bill which prohibits abortion after the baby’s heartbeat can be detected (as early as 6 weeks after conception).
The media corporation Netflix however is actively promoting pro-abortion lobby group ACLU in their attempt to ensure that unborn children do not have their rights recognised in Georgia. Ted Sarandos, Netflix’s chief content officer, said. “...we will work with the ACLU and others to fight [thein court.
Our friends at Right to Life have created the following petition. Please sign it to inform Netflix that you intend to end any connection you have with the company i.e. cancel your subscription if you have one and/or encourage others to cancel their subscription too.
Sign here: http://www.citizengo.org/en-gb/lf/171041-stop-netflix-funding-pro-abortion-legal-protection-unborn-children-cancel-subscription
We must speak to these corporations in the only language they understand… money. I have a Netflix subscription. Rather, I had a Netflix subscription. Not any more.
It is frustrating not to be able to watch some of the shows I like, but I will not support an organisation which is actively trying to undermine the rights of unborn children. I will not indirectly finance efforts to promote abortion; to promote a procedure which kills a baby and has the potential to have serious deleterious effects on his/her mother.
CitizenGO has achieved results before by doing this. In 2016, we launched a petition against the Carphone Warehouse in Ireland who were using an advertising campaign to promote abortion. After our supporters signed a petition telling them they would cancel their subscriptions/contracts, the company quickly ended the advertising campaign.
Sign here: http://www.citizengo.org/en-gb/lf/171041-stop-netflix-funding-pro-abortion-legal-protection-unborn-children-cancel-subscription
The principle here is the same. If we achieve success in Ireland on a much smaller scale there is no reason that we cannot achieve similar success with Netflix.
So please, if you have a subscription, I urge you to cancel it now. You could save yourself about £10/month and you won’t be indirectly funding efforts to promote abortion in the United States.
If you have a Netflix subscription, cancel it, and sign the petition. If you don't have one, make sure you sign the petition to indicate that you will not be getting one, and either way, encourage all your friends and family to do the same!
Sign here: http://www.citizengo.org/en-gb/lf/171041-stop-netflix-funding-pro-abortion-legal-protection-unborn-children-cancel-subscription
Caroline Farrow and the CitizenGO Team
PS Netflix are actively working to remove legal protections for unborn citizens in Georgia. We have to hit them where it hurts… their wallets. Cancel your subscription now.

From Citizen Go petition by Caroline Frarrow
Posted by Clear Vision Catholics at 05:12