The BBC's continued support for assisted-suicide 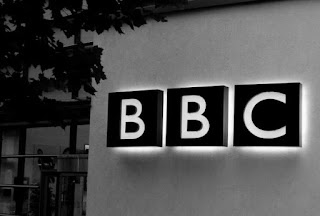 The BBC are being accused of cheerleading for Assisted-suicide by The Conservative Woman's blog. Here is a list of programmes it cites that the BBC have made that support the crime of helping someone to kill themselves:

I’ll Die When I Choose: Panorama documentary fronted by Margo Macdonald MSP in the lead-up to introducing her ‘End of Life Assistance (Scotland) Bill’. Screened four times between 8 and 14 December 2008.
A Short Stay in Switzerland: 90-minute docu-drama covering the death of Anne Turner at the Dignitas facility in January 2006. Screened seven times between 25 January 2009 and 27 January 2010.
The 34th Richard Dimbleby Lecture, Shaking hands with death, featured Dignity in Dying patron Terry Pratchett making the case for assisted suicide for patients like himself with Alzheimer’s disease. Screened in February 2010.
BBC East Midlands Inside Out in 2010 featured a ‘confession’ by TV presenter Ray Gosling to smothering his former lover.
Choosing To Die, screened on 13 June 2011, featured Terry Pratchett and showed the death of a British man.
EastEnders: the assisted suicide of Ethel Skinner (2000) which was revisited in subsequent episodes.
EastEnders: the suicide of Peggy Mitchell (2016) who had cancer.
Way to Go: a six-part sitcom about assisted suicide shown on BBC3 in 2013.
Radio Four drama The Ferryhill Philosophers, February 2019.
How To Die, a BBC2 documentary which followed Simon Binner’s assisted suicide after motor neurone diagnosis February 2016.
Altered States, a documentary screened on 18 November 2018. Presented by Louis Theroux, it featured several people considering assisted suicide and focused on the final moments of a man called Gus.

CUT Comment: The big problem with the BBC is its consistently left focused core values, everything from homosexuality to abortion and euthanasia. There is a consistent lack of balance in its programming. It's simply cultural Marxism write large.

Posted by Clear Vision Catholics at 02:03