BBC, and other Main Stream Media outlets fail to mention the Islamic problem in the destruction of churches in France and the killing of Christians in Sri Lanka. I've just heard Classic FM do the same, shame on you Aled Jones! Reporting it as just a terrorist group without saying it was an Islamic terrorist group.

In particular Catholics are the single most attacked religion in the world and yet the MSM will not mention this, why?

Also why do the MSM seem to reverse the image evening making Islam look like the victim? We found this interesting image on-line. 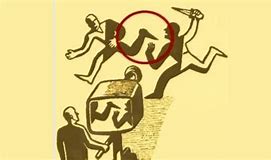 Posted by Clear Vision Catholics at 02:43