Fr. Maxim we support you 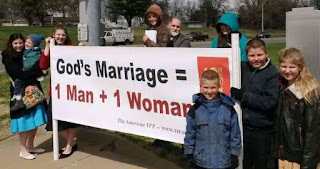 Backlash erupted when Fr. Craig Maxim issued a letter to parents, faculty and staff explaining why the school would not enroll a child being raised by a same-sex couple.
"When the question of enrollment first arose," writes Fr. Maxim, "I sought the advice of the Archdiocese since as a parochial school we are subject to the guidance of the Archdiocese on the application of Church doctrine."
Fr. Maxim explains the stance of the Archdiocese:
"...since same-sex unions are not in conformance with the Church's teaching on sacramental marriage and these unions have no current ability to bring their relationship into conformity, the parents cannot model behaviors and attitudes consistent with the Church's teachings. This creates a conflict for those children and what is experienced at home. It also could become a source of confusion for other school children. For these reasons, the Archdiocese advised against admission."
Those who support homosexual unions and reject Church teaching have collected more than 1,000 petitions asking Archbishop Joseph F. Naumann to reconsider.
However, the Archdiocese of Kansas City in Kansas issued a statement explaining why its school admissions policy excludes children living with same-sex couples.
Some of the main reasons in the statement are as follows:
While serving as the Archbishop of Denver, Colorado, the Most Rev. Charles J. Chaput addressed a similar controversy.  He stated in a 2010 column:
"If parents don’t respect the beliefs of the Church, or live in a manner that openly rejects those beliefs, then partnering with those parents becomes very difficult, if not impossible. It also places unfair stress on the children, who find themselves caught in the middle, and on their teachers, who have an obligation to teach the authentic faith of the Church."
Same-sex unions are sinful, unnatural and contrary to God's holy law. Please sign your petition to support true marriage and the Catholic school.
Posted by Clear Vision Catholics at 05:23