Insects are friends - they are part of God's plan 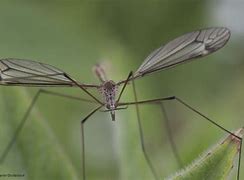 The media can’t be trusted. At least, much of it can’t. Many media outlets mislead you about anything and everything in the interests of publicity. They don’t inform, they don’t educate, they just aim to entertain.

Extract from the newsletter of a small charity called Buglife (‘Bugs – the little things that run the world’):

We are approaching the time of year where the media publish scare stories about the annual emergence of certain species of cranefly (aka the Daddy Longlegs).  This happens every year (the cranefly emergence & the anti-bug stories).

The anti-bug media season usually starts with flying ant “invasion” stories in July, then anti-wasp articles in August. In September we have the “horror” of craneflies & as we approach October the scary spider stories appear.

The media have found that emotive & scary stories about small animals sell papers & gain website visits. They are willing to produce stories that ignore science, evidence & the bigger environmental picture; all to exploit the fears of individuals.

In reality, we are in the midst of a biodiversity crisis. Insects & other invertebrates are declining faster than many other types of wildlife.  We need to act now to stop invertebrate declines. However, the scale & quality of that action is still limited by society’s lack of understanding & awareness.  If society’s attitudes are dominated by prejudice & ignorance, rather than enlightenment & knowledge, then we will fail to achieve a happy coexistence with nature.

Don’t trust the media. Do your own research and think for yourself.

Posted by Clear Vision Catholics at 06:30