The Multi-Level Child Abuse at the BBC 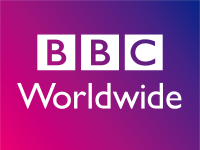 Hard on the heels of the child abusing celebrities at the BBC are their latest attempts to destroy children, transgender children's programmes! There have been a number of transgender programmes at the BBC over the years and given that they have had a captive audience and guaranteed funding via the compulsory licence fee paying public they can get away with it, and do; just as long as they can claim to be on the side of human rights and being sensitive and nice etc. etc. We have even had a BBC transgender sitcom Boy Meets Girl, a romantic comedy; they'll use every trick in the book to get the transgender message across, it's all ultimately about population control, for these poor human beings end up sterile and many commit suicide. Other TV stations do the same; it's not just confined to the BBC. However it's the BBC who break new ground; they are the trend setters and the others follow, and it's downhill all the way. If we do not speak out against funding the BBC we are being complacent and compliant. What will we say when we meet Our Lord on Judgement day. "Oh, I have always been prolife", and when Our Lord ask us did you fund the promotion of abortion and sodomy?" No Lord", He will say you are lying because you gave the biggest advertisers for abortion and perversion all the funding they needed.

The latest round of child abuse at the BBC are children's gender change programmes. Of course you can't actually change your gender no matter how many drugs you ply children with or how many times they have their genitals and other parts of their bodies mutilated by surgeons. The BBC's dedicated children's channel CBBC is being used for the latest satanic attack on innocence with transgender promoting films like "Just a Girl" in which a boy puts forward emotive and heart wrenching arguments why he wants to change into being a girl, the actress playing the girl - is in fact a... girl, because as the BBC knows boys do not look like or sound like girls, another piece of BBC lying and deception of course.

The media, especially the TV and film and especially the BBC have always led the way in the decadent destruction of Western civilisation. The last round of Satanic attacks on Christendom started in the sixties with the legalisation of abortion and homosexual acts, compounded by the universal use of birth control, promoted by pop culture with their hymns to decadence, all broadcast on the radio and telly. Carried through the seventies and eighties, it's always been the family that's the main target. Civilisations can fall; history tells us this, and so does the Bible. God was not happy with the Jews and Israel was captured by Babylon and taken into exile. Islam is ready and waiting in the wings for the final vestiges of Christianity to fall, and it's the most important unit of the church that's most at risk, the family. There is already same-sex marriage with "Gay" adoption thrown in, another form of child abuse of course.  Many denominations already perform same-sex marriages, which of course splits the congregations, leaving an even smaller rump who actually go to church.

Remember Sr Lucia of Fatima said that the last battle between Satan and Our Lord will be for the family and as it is clear that Satan is in control of secular TV which is broadcast around the clock seven days a week into almost every house and every family watches it, he has the world's most powerful weapon fully under his control.
Posted by Clear Vision Catholics at 00:29