Schooling and the media 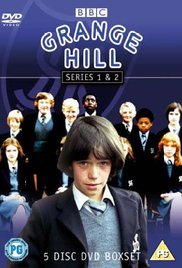 BBC DVD cover
We do not recommend
anyone buy it

The broadcast image normalises the image broadcast, which is to say that it makes that image into a norm to deviate from which is to be deviant. That applies across practically all the fields on which there is any broadcasting at all; and is particularly noticeable when applied to the ways in which social norms have developed; and to the narrowing of political possibilities to some minor variations on a common theme. We have just had another sham election between barely distinguishable regime parties offering various shades of more of the same: All were agreed that the cultural revolution must advance rather than be reversed (gay, transgender and reproductive 'rights' at home and abroad). Public spending under Comrade Brezhnev was slightly too high, but more must be spent on health care and education, over 90% of both of which should be supplied within the public sector. We need a State broadcaster to propagandise the planet. Rigid planning control must be maintained.

Can Catholics now only vote for the Democratic Unionist Party?

The honourable exception to some of this, and the only electorally significant party for which a Catholic can vote in good conscience, is the late Dr. Paisley's Democratic Unionist Party, which is pro-life, opposed to gay marriage, and anti-BBC, but otherwise accepts the modern socialist State.

Grammar schools, the media, and Alan Bennett's apologia for pederasty The History Boys

Of course, there are always policy differences between parties; they differ from one day to the next, and from election to election. One such difference this year was over grammar schools. There are many arguments supported by statistics both for and against such schools, and I do not propose to rehearse them here. Instead, I would note that the grammar school, which was a standard feature of urban education for a couple of decades, and remains a part of public sector schooling in several areas, failed to endear itself to broadcasters. This resulted in its dropping out of sight; and to its being thought of as an historical experiment or, where it survives, as an anachronism. It is true that there have been various TV or radio dramas in which the 11+ examination featured; there have also been occasional broadcast plays set in grammar schools, most recently adaptations of Alan Bennett's apologia for pederasty The History Boys, but they have never been the setting for popular programmes broadcast on a regular basis. The reason is quite simply that they are not dramatic institutions; they lack either the colour of the independent schools depicted in adaptations of well-known and much-loved children's classics by Frank Richards or Elinor Brent-Dyer, or the breadth of casting possibilities and the potential for 'gritty realism' (i.e. sex and drugs and rock'n'roll) of the comprehensive. The object of drama is to present the dramatic; the common round, the daily task, is irrelevant to it; in the continuing drama forms of the series and serial there is no further or higher purpose in narrative or moral terms (although strands within the narrative may work themselves out to some purpose or other), there is simply a passing stream of incidents to engage the interest of the viewers or listeners. That makes it inevitable that the behaviour of the characters (which is equally inevitably copied by child viewers) is of the worst and most extreme kind the writers can imagine. The everyday and unremarkable are excluded, and grammar schools are nothing if not everyday and unremarkable.

Should the State be involved in schooling at all?

This talk of grammars and comprehensives is, however, somewhat beside the point when the question should be whether and why the State should involve itself in schooling at all. The Church teaches that, if necessary, the State may have schools of its own: “In the first place, it pertains to the State, in view of the common good, to promote in various ways the education and instruction of youth. It should begin by encouraging and assisting, of its own accord, the initiative and activity of the Church and the family, whose successes in this field have been clearly demonstrated by history and experience – It should, moreover, supplement their work whenever this falls short of what is necessary, even by means of its own schools and institutions” (Divini Illius Magistri 46).  The State school should clearly be a rare expedient introduced only where home and Church schooling fail, and other civil society solutions such as commercial or charitable provision prove inadequate. Pius XI wrote at a time when public provision was already widespread, and high levels of taxation were firmly established in many countries, and his further comments on the need for the State to give financial aid to the several schools demanded by families of various religions should be read in that light.

Ideally, a limited tax base should pay limited taxes to meet the necessary purposes of Government, leaving ordinary families sufficient funds to pay modest school fees, which many schools – certainly Catholic schools – would wish to make means-related, as is commonly the case in the parochial schools of America. There is no reason whatever why the State should run schools in a developed country, and every reason why it should not – we have seen the national curriculum used repeatedly to advance atheistic materialism and moral depravity, and to create a sense of dependency by shaping expectations of an omnicompetent, interventionist government. There is also the question of social mobility, which is a phrase of which we have heard a good deal over the last decade or two, invariably in the context of discussing its absence. The two main causes of that absence are the lack of early years support, and the divide sometimes referred to as 'educational apartheid', between the independent and maintained sectors. The abolition of the State school would address both problems by allowing resources to be targetted where they are truly needed, which is to say that the most disadvantaged families should be helped to escape the conditions in which they have been trapped by the socialist model of government.

The difference between the young people emerging from the independent and maintained sectors is very largely one of attitude. The State school pupil appears to lack a sense of either entitlement or duty; they do not, on the whole, suppose that the direction of public affairs is their business – it is something for somebody else, for their betters (not that they actually think in those terms now). It is certainly true that grammar school pupils of the 1940s, '50s and '60s reached the highest offices of state, but most of them had gone on to universities with an independently educated majority and had absorbed attitudes prevalent there. They also became politicians of the kind who specialise in business as usual, and whose most radical restructuring plans resulted only in the growth of State control and heavy taxation. In any case, they are and were exceptional, most grammar school pupils ended up in middle management. Full interchangeability of tax allowances for married couples, and convertible tax credits with a large means-related element would enable families to make the right choices, and allow every child to grow up capable of fulfilling his or her potential. The image on screen stops people imagining that alternative to the failed policies we see today.