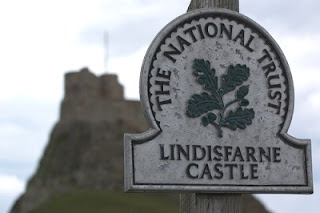 
Let's all dance to a Gay tune.


The cover photo of the National Trust magazine for Spring 2017 shows a young man wearing a sulky expression and an extremely elaborate fancy dress. This draws our attention to an article inside, “Prejudice and Pride”. The National Trust is (in its own words) “celebrating those who challenged society and convention”; or (in mine) jumping onto the LGBT bandwagon.


The National Trust is described by Wikipedia as a conservation organisation in England, Wales and Northern Ireland, and as the largest membership organisation in the United Kingdom. It aims to preserve, protect and make available (for visits by the general public) places of historic interest, both buildings and landscapes. Historically it has focused on country houses, and it also looks after historic urban properties, areas of landscape, and nature reserves.


The five page “Prejudice and Pride” article, written by novelist Sarah Waters (five of whose six novels are about lesbians) features six NT-owned houses each of which was at one time lived in, or associated with, someone who was (or possibly was) gay, lesbian or bisexual. I must admit that I had heard of only two of them, Virginia Woolf and Vita Sackville-West, both early twentieth-century writers, both bisexual, and who had what is described as “a passionate affair” with each other. The sulky-looking young man on the cover was Marquess of Angelsey, and is the only one about whose sexual preferences nothing is definitely known.


The word “celebrates” is a bit of a giveaway. Other articles in this issue concern places (a farm, and a newly-acquired property); a coming TV series about the Trust; activities which the Trust has been involved in; a photo competition and a page for children. These are all enthusiastically promoted, but not “celebrated” as such. We celebrate events (weddings, birthdays, exam successes) rather than people. To celebrate people suggests an attempt at a wide smile inadequately concealing underlying anxiety: “I must convince these people that I like them and approve of them”.


Or maybe the NT has simply spotted a potential new source of members.


By Prayer Crusader St Theresa of Avila
Posted by Clear Vision Catholics at 00:28