Schools must not call boys - boys anymore or girls girls! 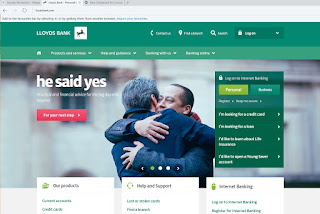 It is clear that Britain will allow anything homosexual or gender-bending. I couldn't believe my eyes today when I open my bank's internet home page and saw two men embracing with the slogan "He said yes" and "everything you need for the big day" it's trying to drum up custom for same-sex marriage loans of course. That a major British bank should see it as a commercial advantage to use same-sex marriage as a positive good and a promotion shows us how far down the road to Sodom and Gomorrah we have come.

Schools must not call boys - boys anymore!
In another bit of lunacy the UK government following a trend that emanates from the USA, have issued a directive that teachers must not call boys - boys or girls - girls anymore just in case they may want to change their sex later in life or even as children! Well the BBC have made many programmes for children promoting gender change, the law follows the media again.
See petition from Citizen Go . http://www.citizengo.org/en/ed/39578-new-guidebook-schools-funded-taxpayer-says-tells-teachers-stop-saying-boys-and-girls

Ever wondered why the West especially the "Gay" saturated Western media is still so anti-Russia, even though it is no longer communist? Could it be something to do with Russian laws banning the promotion of anything homosexual?

This Russian documentary explores the reasons why including "Gay" surrogacy, hideous "Gay Parades" with the streets lined with young "normal" families and all. Watch if you dare, its horrible but its fact.


Posted by Clear Vision Catholics at 09:57