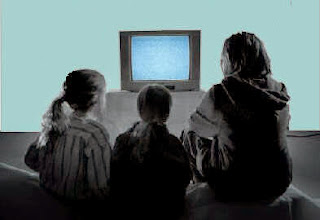 This is the headline on the front of the most recent copy of “Natural World”, a magazine produced four times a year by the UK’s Wildlife Trusts. The headline refers to the life experiences of the majority of the UK’s children (though might equally be applied to many of the UK’s adults).  A study carried out in 2012 found that 11-15 year-olds spend about 7.5 hours a day looking at screens. Presumably 7.5 hours is an average, meaning that many spend more time than this in front of television sets, computers, tablets and on their smartphones. Given that children of this age are likely to spend 8 – 10 hours a day sleeping, and at least 6 hours a day in school during term-time, this leaves less than 2 hours a day for all other activities including outdoor play.


While the government recommends that children should be actively exercising for at least an hour a day, only 21% of boys actually do so, and still fewer girls – 16% (Department of Health survey, 2011). School playtimes ensure that children are outside (weather permitting) for anything from 30 minutes to an hour each school day, which suggests that for most children this is actually the only exercise time they get. Even travelling between school and home involves minimal activity for most; in 1971 80% of children did this journey on foot, but by 1991 only 10% of children walked to and from school. Twenty-five years on, this percentage is hardly likely to have increased.


Over and above issues of children’s physical health and development, the question arises of how they are relating to reality.   In 2008 the National Trust carried out a survey which revealed that 50% of children could not tell a bee from a wasp. However, 90% of them could identify a Dalek.


Are bees and wasps real? And are Daleks real?  Are most children living largely in a fantasy world, heads turned away from the created world which buzzes and rustles and whispers all around them?  -  My local Wildlife Trust distributes its own newsletter along with “Natural World”, and the current newsletter carries an article on “Lost Words”. The most recent edition of the Oxford Junior Dictionary (aimed at children aged about 7 years upwards) omits the names of such once-familiar natural objects as acorn, buttercup, conker, dandelion, blackberry. On the other hand, it includes the following: bullet-point, celebrity, chatroom, voicemail, BlackBerry.


Yes, you read that right. There is no blackberry but there is a BlackBerry.


The wildlife trusts are concerned about the loss to the coming generation of experiences and activities which used to be commonplace among children, - playing conkers, blowing dandelion clocks, holding a buttercup under your friend’s chin to “see if she likes butter”.  And of course about the reduced amount of physical exercise which children would naturally engage in while simply playing out of doors, - running, jumping, climbing and exploring, developing strength, co-ordination and balance in doing so.


But implicit in the “screen life or real life?” question is a still more fundamental concern; that technological developments and the lifestyle which many families are encouraged or indeed almost forced to adopt have created a huge rift between the real world and the pseudo-world presented to children and adults alike via the entertainment industry and so-called social media.
We are looking at a generation around whom the whole of God’s creation sings and dances, and yet who seem to be drifting through creation oblivious to it.

By the Prayer Crusader with St Theresa of Avila
Posted by Clear Vision Catholics at 01:56