Fit for purpose?
BBC Newsnight's documentary on the 1967 abortion act. 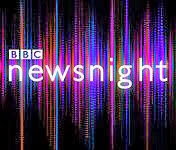 You’d think the “Newsnight” producers belonged to some quite different organisation, wouldn’t you?

By the Prayer Crusader under the Patronage of St Theresa of Avila
Posted by Clear Vision Catholics at 05:47