Of Arts and the Animal Part 6

The final criterion is that the work should be judged as a communication about God. Because they are simply correlates of the purpose of art as an act of communication, secularists will accept the other two criteria if not all that I have said with respect to them; this third criterion, however, leaves even many religious people somewhat puzzled as they do not see how or why a work on a non-religious theme can or should be judged in these terms. I have already said that because the artist and any subject are creatures, and every creature is an act of divine self-communication, any communication concerning them is necessarily a communication about the Creator, but there is more to be said on the subject than that. Because the artistic act is an act of love it is a participation in that which is intrinsically divine as well as in the divine action: “Ubi caritas et amor est, ibi Deus est. Where charity and love is, there God is” (Maundy Thursday antiphon at the Mandatum). Furthermore, the nature of the artistic act is of a religious nature, and those who dedicate themselves to the practice of the arts are universally regarded as being engaged in an essentially spiritual occupation with something of a shamanic character to it in its search for inspiration in the inner vision of the underlying truth of things, of creatures and artefacts.   Richard M. Weaver took the position that poetry is always religious in character because poetry works by a system of metaphor and analogy relying upon an underlying level of reality in which the creation indicates the Creator by a universal analogy. He says that poetry on any assumption other than that of there being an immanent level of reality would be an anomaly. Quite so, but I would go further and say that any artistic practice in the absence of a living faith is anomalous because the artistic act amounts to an affirmation that that which is created is freighted with meaning indicative of the substance of its creator; how then can those who create from created elements deny that those elements are already endowed with meaning and significance by the Creator who creates ex nihilo? This might, perhaps, be an opportune moment to comment on the fact that, because all artists use that which already exists, there can be no legitimate basis for denigrating the use of ready-mades in the visual arts or musique concrète in composition. Writers use existing words and composers existing scales, indeed those in the performing arts generally work exclusively with ready-made material. We may judge the performing arts purely with respect to the depth of the passions displayed within the scope of the piece performed; even in the process of illuminating its shortcomings, a fine performance can transcend mediocre source material. We may judge the depth of our encounter with the artist and the subject matter in the work, and whether the mystery of the divine reflected in them is made palpable. 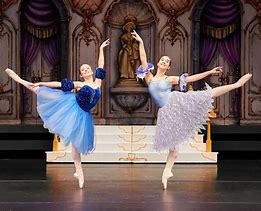 We may judge also how far the work preserves or obscures the meaning inherent in the substance whereof it is fashioned, and whether the meaning with which it is endowed by the artist is in accord with that which belongs to its essential nature. So far I have discussed the subject of the work only with respect to cases where that subject is another creature, and have mentioned non-figurative representation. There is a class of non-figurative works explicitly devoted to the exploration of the substances from which they are fashioned – the word, the sound, the paint, the canvas – and it is quite common for critics and theorists to discuss such works in explicitly religious terms because these works form a bridge between works addressing a creature as subject and works the subject of which is either an abstraction from some aspect of human or more broadly creaturely existence, or else some ideal such as balance, beauty, transcendence, truth, goodness, meaning or justice. Any work addressed to such an idea as subject is implicitly religious in its nature because these ideals are qualities through which the divine is made manifest to humanity, but the critics and ‘ordinary’ members of the audience are not wrong to perceive the wider class of non-figurative works as religious as every work that succeeds in presenting people with the depths of the artist’s being is an icon of the divine image whether or not it is figurative in nature. That is to say that every successful work is, ipso facto, endowed with a perceptibly religious or spiritual character; so there is no need to discuss works on religious themes as a particular case, other than, perhaps, to note that as the work or performance reflects the moral depths of the artists involved, it is best that they should be of an impeccable character, as St. Pius X demanded of Church musicians in Tra le sollecitudini , although biographical studies show this desideratum to have been honoured often in the breach. The only work whose religious nature sets it apart for special mention is the liturgy, which is both an art work in itself and the subject of music and the decorative arts. The authentic liturgies of East and West communicate to us the holiness of our forebears in faith in the age of saints, but later liturgies were consciously created to embody the ideological propositions of their authors and put forward their ideas rather than to reflect a faith already lived and a truth already possessed. When other arts are applied to the liturgy as their subject it is essential that the artist should grasp the dogmatic truths involved and the nature of the sacraments as sacred signs effecting that which is signified. In the liturgical arts the act of self-communication must be preceded by a radical self-alignment with the purpose of the liturgy, the sanctification of humanity through the redemptive action of Christ, if that purpose is to be achieved. The icon writer must first fast and be consecrated to the task by a priestly blessing. An artistic failure regarding the liturgy can thwart that purpose, and actively militates against the subjective reception of the graces objectively conveyed by the sacramental sign.

Posted by Clear Vision Catholics at 03:28