The 'Vaccine' and the Irish bishops part 4 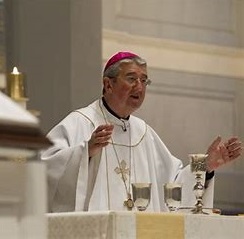 Another treatment offered by medical professionals is ivermectin

Drs Paul Marik and Pierre Kory founders of the group Front line covid critical care alliance (FLCCC alliance) have been promoting ivermectin which is normally used for parasite infestations of the body. They have been having promising results with this drug.

Marik “the Eastern Virginia Medical School professor and doctor goes on to review four clinical studies (also chronicled by TrialSite) including Mahmud, Rajter, Kahn, and Gorial and performs what he describes as a “meta-analysis” with mortality as an endpoint. He argues that the results indicate a “highly significant reduction in mortality.” Trialsite news

Last month Dr. Kory and his team testified before the U.S. Senate Homeland Security Committee in favour of authorizing ivermectin, a Nobel Prize–winning  anti-parasitic agent, for early treatment of the novel coronavirus.  In his impassioned presentation, Dr. Kory explained that ivermectin “basically obliterates transmission of this virus,” with “miraculous effectiveness.”

Ivermectin has been the subject of dozens of studies and anecdotal success stories since it was found to reduce COVID-19 in a laboratory last June.

“I've been treating COVID pretty much every single day since the onset,” Kory said at the December hearing.

“When I say ‘miracle’ I do not use that term lightly[.] ... [T]hat is a scientific recommendation based on mountains of data that has emerged in the last three months.”

Such data emanates from places like India, the second most populated nation in the world, which embraced the treatment protocol advanced by FLCCC, and has watched its case and fatalities rate drop in “steep decline.”  Though India has four times the population of the U.S., it has less than half of the coronavirus related deaths.  Source LSN

According to Dr Ryan Cole, Medical Director of Cole Labs, who says, four billion doses of Ivermectin have safely been taken. With Ivermectin the death rate decreased 70-90% in hospitals treating COVID-19 patients.

The American National institute of health (NIH) has been implacably against this drug. One wonders why?

Remdesivir another drug on the market shows effectiveness against sars-cov2, the New England journal of medicine reports on trials of Remdesivir shows that it was better than placebo and shortened hospitalization time and also reduced respiratory tract infections.

The Medical Express reports on a 31 year old man who was quite ill with a rare genetic disorder which prevented him from creating immune antibodies and contracted the sars-cov2:

“Dr. Nicholas Matheson from the Cambridge Institute of Therapeutic Immunology and Infectious Disease (CITIID) at the University of Cambridge added: "Our patient's unusual condition gave us a rare insight into the effectiveness of remdesivir as a treatment for coronavirus infection. The dramatic response to the drug—on repeated challenge—suggests that it can be a highly effective treatment, at least for some patients."

The team further suspect that remdesvir is likely to be most beneficial when administered early in infection, before the virus is able to trigger a potentially catastrophic immune response. They say that the course of their patient's disease also underscores the important—but often conflicting—roles that antibodies play in protecting us from infection.

"The fact that our patient was unable to fight off the disease without treatment suggests that antibodies contribute to the control of SARS-CoV-2," explained Dr. Matthew Buckland from the Department of Clinical Immunology, Barts Health, London. "But this lack of antibodies may also have prevented his COVID-19 from becoming life-threatening, because he had no antibodies to trigger a damaging immune response.”

Prelimininary tests by Gilead the drug manufacturers have shown in a phase three simple trial, “Among severely sick people, the antiviral drug reduced the risk of dying by 62 percent compared with standard care,”

Which of course requires to be confirmed in clinical trials.

Other trials have found the same results such as that among severely sick people, the antiviral drug reduced the risk of dying by 62% compared with standard care,

Dr Kathleen Mullane of Chicago university, an infectious disease specialist, has said good things about it. On studies she has done on it she has stated that most of the patients under her care were severely ill with sars-cov2 but with treatment with the drug they were able to go home within six days and only two had died.

Remdesivir has also shown good results in many animal studies and shown that it can prevent and treat sars-cov-2, and mers.

One wonders why the WHO have said they do not recommend this drug.

Tocilizumab has also shown promising results especially in people who are in the severely ill category. In one trial in India one doctor had this to say,

“The trial's lead co-author, Professor A. V. Ramanan from the University of Bristol's School of Clinical Sciences, and Consultant Paediatric Rheumatologist at Bristol Royal Hospital for Children, said: "Our study suggests tocilizumab might still be effective in patients with severe COVID-19 and so should be investigated further in future studies. It adds to existing evidence from the RECOVERY and REMAP-CAP studies which demonstrate that tocilizumab does have a significant impact on reducing mortality in those with COVID-19 requiring oxygen or being ventilated. After dexamethasone (steroids), this is still the most significant advance in the treatment of COVID that has an impact in reducing deaths." Source (Medical Express March 8th 2021)

There are also ongoing trials with many other drugs that have not used murdered babies to obtain them.

Why would the relevant Government agencies be downplaying the potency of these very apt medicines and nature’s own immunity and healing properties? Might it have something to do with the fact that these agencies cannot legally allow on to the market an experimental vaccine where there is already a known treatment.

Hence the response to the Vatican statement where it states: “Therefore, doctors and fathers of families have a duty to take recourse to alternative vaccines… there is a grave responsibility to use alternative vaccines.”  This is not being adhered to and also falls at this fence.

The recent statement from the Vatican following on from the 2005 statement states,

“Due to the situation of the ongoing pandemic, “all vaccinations recognized as clinically safe and effective can be used in good conscience with the certain knowledge that the use of such vaccines does not constitute formal cooperation with the abortion from which the cells used in production of the vaccines derive.”

In assessing the ethics and the morality of a vaccine one criterion is whether the vaccine is more dangerous than the disease? Well I must say personally I have not the slightest fear of the novel coronavirus. Let’s take a look.  Surely one should weigh up the matter. Bishop Doran, you may have been influenced by Pope Francis when he said “we must take the vaccine. “ When he was interviewed on the Italian news media he said,

"If the doctors are presenting this to you as a thing that will go well and doesn't have any special dangers, why not take it?"

These are serious words coming from the pope, one wonders if he has done any research.
Posted by Clear Vision Catholics at 07:21