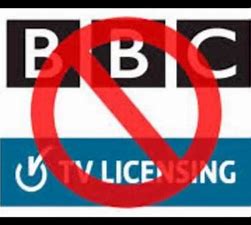 It has sometimes been said that during any contemporary argument about politics or cultural issues the dispute descends downwards in ever decreasing circles until one side calls the other a bunch of Nazis. The tactic of the Main Stream Media has been to do this and if they can't win an argument on these social issues label every conservative and anyone who does not accept the modern liberal narrative a Fascist or even worse a Nazi.  However, the people who have lived through the Nazi era know what real Nazis are like, and are starting to rebel against this narrative. So when they start seeing people called such for having conservative or traditional values they turn off - literally.

The government last summer decided that old age pensioners need to pay the TV licence fee again. However, there is a major rebellion going on with a million OAPs refusing to pay.  This will cost the BBC £118 million this year. And they are refusing to pay on principle. One OAP, Keith Abendroth, 78, told The Sunday Mirror

" You’ve got two weeks in prison’ I could quite easily go to jail and watch TV for nothing. That’s the ludicrous thing – and I’d get three meals a day. It’s a ridiculous payment. The BBC should find another way of raising funds, as ITV and every other channel do. It was introduced as a benefit for OAPs, and we don’t get many these days. It’s time somebody stood up to the BBC."

We say well done Mr Abendroth and others who refuse to pay, and while we do not encourage anyone to break the law, at CUT we say this is perfectly understandable. Of course we believe that the TV itself is biased, at best a waste of time, and at worst an occasion of sin. We say to all old age pensioners, life starts when you give up the TV. Don't watch this biased rubbish anyway; then there is no need to go to prison for failure to pay this very wrong tax.

Posted by Clear Vision Catholics at 06:39