The Babylonian Captivity of the Papacy 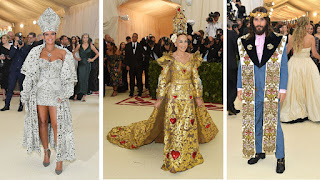 The very first time I heard of Cardinal Jorge Bergoglio was, like most Catholics, just after he had been elected Pope. Perhaps I should have but how many of us have the time to make a list of Cardinals, orthodox or not. However, alarm bells went off almost immediately, he came out on the balcony without the mozetta, the red shoulder cape that symbolises the rank of bishop and that he is prepared to be martyred for the Church. I just felt cold as I saw him there on the balcony of St Peter's I just knew immediately that this was not going to be a good papacy. Worse still, instead of blessing the crowed he asked the crowd to bless him, this type of nonsensical false humility has continued throughout his lamentable pontificate.
Pope St Uriah Heep.
The pope goes out of his way to being seen as humble and merciful, and as long as there is a camera and a microphone to record his humility he'll do all the gestures necessary. Washing the feet of Muslims, kneeling before Muslim "refugees" as Italy is swamped by Islam, the very same Muslims who have made such mess in their own countries that they seek a better life in the West. In watching this pope, Uriah Heep came to mind. Heep is an apparently pathetic Dickensian character from David Copperfield, who ultimately turns out to be very nasty and full of false humility.

Very Umble pope meets and honours Katy Perry.
Just when you thought things can't get much worse or sillier Katy Perry is invited to meet the pope and give a "lecture" on Meditation at the Vatican. Sounding like the silly Hollywood bimbo she is, she only just managed to string a few pathetic words together at a time. But there she was lecturing the bishops, priests and journalists at the Vatican on Transcendental meditation. Katy Perry, whose first big hit was "I kissed a girl", just recently forced aging nuns to sell their convent; one nun died last month in court trying to stop this siren of hedonistic paganism from getting their convent. The Vatican and the Archdiocese of Los Angeles were on Katy Perry's side in the dispute of course. They saw the dollar signs rather than the plight of the nuns. You couldn't make this up if you tried.

Pope St Uriah Heep to Ms Perry
"Oh, indeed you must excuse me, Ms Katy, I am greatly obliged, and I should have liked you to sing your song here in the Sistine Chapel, but I am far too umble to be worthy of it"


So there you have it, the Babylon that is the modern secular media has captured the Church, with raunchy pop stars, Hollywood actors, and that homosexuals now populate the Vatican. And what about Cardinal Dolan and the Vatican supported Catholic themed fashion show? Words fail me! It just brings to mind the Federico Fellini film Roma, Fellini the prophet heaven forbid - please.

Posted by Clear Vision Catholics at 10:01