protect children from the media

Never give up on protecting children from the media 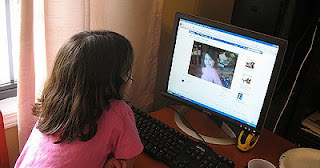 It's now more important than ever to give up watching the TV and at the very least keep one's children away from it. The main stream media is riddled with homosexual and LGBT manipulators, you can't trust them at all. It's the children they want and with so many reports of little children wanting gender change drugs and operations, one wonders where is all this coming from, who is influencing them? The influence is coming from many sources, it's coming from politicians, it's coming from teachers, it's coming from the health service and it's all backed-up and manipulated by the media particularly the socialist media, the BBC. We all know in CUT how the TV works and how it has been weaponized by Satan. It's all the more dangerous because the people who are in powerful positions in the media and particularly TV and film really know how to use it. If you are on holiday with your family do not let the children have access to a TV; there are some evil shows, some with explicit nudity even with same-sex angles and storylines.

Posted by Clear Vision Catholics at 06:01