HM Government has provided that the current Charter period should include a mid-term funding review to take place between 2022 and 2024. We may safely conjecture that the BBC would wish the review to be limited to the simple matter of its requesting an increase in the licence fee and providing a variety of specious claims as to the likely results of a failure to accede to that request. There is, however, no reason why the review should not take the form of a thoroughgoing examination of the current funding model, although no change can be made to that model until after the expiry of the Charter now in force (Charter 57 (5) (c)).

It is CUT's contention that the licence fee should be phased out irrespective of whether or not our other proposals are adopted, and that non-payment of the fee should be decriminalised at the earliest opportunity. The judicial process is brought into disrepute, and public understanding of the gravity of genuine frauds upon the revenue is undermined, when the courts are used to prosecute trivial matters that are not generally regarded as criminal. It should also be noted that H.M. Government has committed itself to consider any differential impact policies might have on men and women. Failure to pay the BBC licence fee now accounts for 10% of prosecutions with 133,000 out of 189,000 of those prosecutions having been of women in 2015.  Needless to say, many of those prosecuted are unemployed people whose employability is then reduced by having to declare a conviction. It must be noted that many families regard television as indispensable irrespective of their level of household income. Those who fail to pay the fine imposed on conviction are imprisoned for a short period; if they have children this is likely to result in extensive intervention in the family on the part of their local authority's social services department. Every week about 3,000 people are prosecuted and fined up to £1,000; and one person on average is sent to prison for non-payment of the fine. 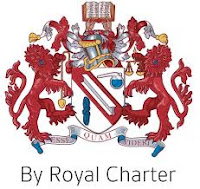 The public sector status of the BBC provides the rationale for criminalisation of non-payment of the licence fee as an instance of defrauding the Treasury. The fee is, however, paid to the BBC in its entirety (with payments being made by it to S4C), and it takes responsibility for collection of the fee and prosecution of defaulters.

The BBC service charge should be formally designated as such; and defined in terms of a contractual relationship between it and its customers rather than, as at present, as a licence fee payable to the Treasury. Default should therefore be decriminalised with the removal of the notional element of defrauding the revenue. The large lump licence fee was devised because radio, later television, was consumed in an unquantifiable manner using equipment that allowed use of the BBC's services without indicating whether people were actually listening to the Home Service or Hilversum. The radio licence was abolished due to the proliferation of small (i.e. readily concealable) transistor radios the use of which could not be detected. The situation today has changed and is in a process of transition to a very different model of media consumption. As a matter of principle the BBC's domestic audience should be obliged to pay for its services and those who do not use the BBC should not be charged for its upkeep. There is a general move away from unquantifiable use of BBC services to measurable use accessed via internet-enabled devices. The BBC should charge directly for services received in this way; whether it does so on a pro rata basis or devises offers and packages like those given by utilities companies should be a matter for its own commercial judgement. The service charge should be phased out as the transition proceeds, being made proportionate to the amount of television accessed via television sets with abolition coming when under 20% of content is received that way. Any claim that the service charge should be payable for use of non-BBC services accessed via the internet would be completely unjustifiable.

The BBC should use sponsorship and advertising to the extent it finds commercially desirable in both domestic and international broadcasts as funding from the service charge is reduced. Responsibility for the funding of S4C should be devolved immediately to the Welsh administration which should eventually take responsibility for all subsidised broadcasting in the Welsh language. The issue of payments from H.M. Government and the devolved administrations to the BBC should be addressed in the context of radical restructuring, as discussed below, rather than at the mid-term funding review, although the review does provide a suitable opportunity to transfer funding for the BBC World Service from the FCO to the DfID.

If these proposals are adopted at the mid-term review they will leave the BBC as a functionally independent entity with its internal structures, scope and relation to H.M. Government largely unchanged. They may be adopted without reference to our further proposals for radical reforms to public sector broadcasting, or else they might initiate the transitionary process we describe below. To be continued. by Prayer Crusader St Philip Howard.
Posted by Clear Vision Catholics at 09:49